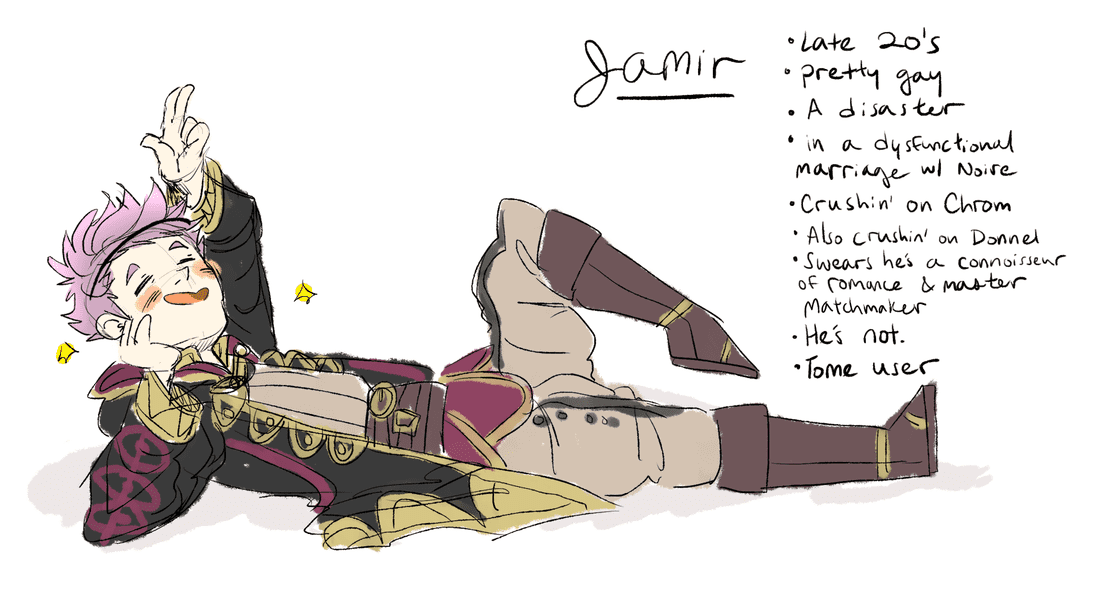 Sexual Orientation: Homosexual (mostly closeted); moderate libido; willing to be in platonic relationships with women and nb people, tho only physically interested in men

Love Interest(s): Has a crush on Chrom; has a (less serious) crush on Donnel; romantically interested in Libra

Weaknesses: Poor luck in romance, tends to ignore his problems, too carefree, physically weak, poor judge of character, makes a lot of bad decisions despite knowing the consequences

Personality: A carefree and fun-loving soul who hides his stress behind a constantly content expression. Also a little raunchy (a little).

Jamir is my avatar character/tactician for Fire Emblem: Awakening. He thinks he's got his whole life together, but in reality he's a fool who's constantly caught up in his own fanatasies and really good at screwing himself over. He's a mess. And also short (like 5'5? idk). He's made his his personal mission to help everyone in Chrom's army with their love life (tho he gives terrible advice in reality).

He likes dudes and previously never focused on his own love life, but once he sees everyone else's kids arriving from the ~future~ he feels he wants to try relationships with women so he can have a child himself (see plot of FE:A). He's somewhat aware the moral ambiguity in courting women for his own selfish reasons, but it doesn't bother him enough to actually stop and think about his actions. Though he's not physically attracted to the girls he dates, he does his best to connect with them on an emotional level and always puts effort into making a relationship work. He also tends to keep his orientation a secret, though he's not particularly ashamed about liking guys. Also, while he never confesses, Jamir has a pretty big crush on Chrom.

Jamir frequently rants to Libra about his romantic and marriage issues. He has uncharacteristically pure-hearted feelings for Libra.

Sorry about this ridiculous plot that has like nothing to do with Fire Emblem;; This is all based on my playthrough of the game tho. B);;; ROMANSU. 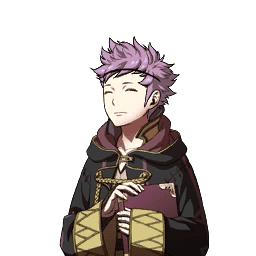