Jack is a chill dude with an active imagination. He's well-liked by most of his classmates and is a member of the school's varsity football team. Though he loves to daydream about unimportant stuff, he has trouble articulating is thoughts coherently and sometimes comes off as a mysterious enigma of a man. (???) While there's nothing particular remarkable about him other than his chill and enigmatic nature, his undeniable chillness leaves a strangely positive impression on the people he interacts with. (?????)

He's not actually all that deep tho, he's just a spacey goofball.

He started dating his classmate Ned in junior year of high school. He's had romantic experiences with girls in the past, but Ned is his first boyfriend. Other than Ned, his best friends are his football bros Brodney and Dmitri. 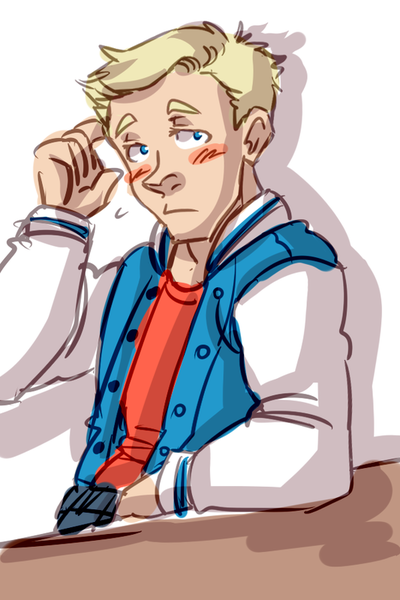